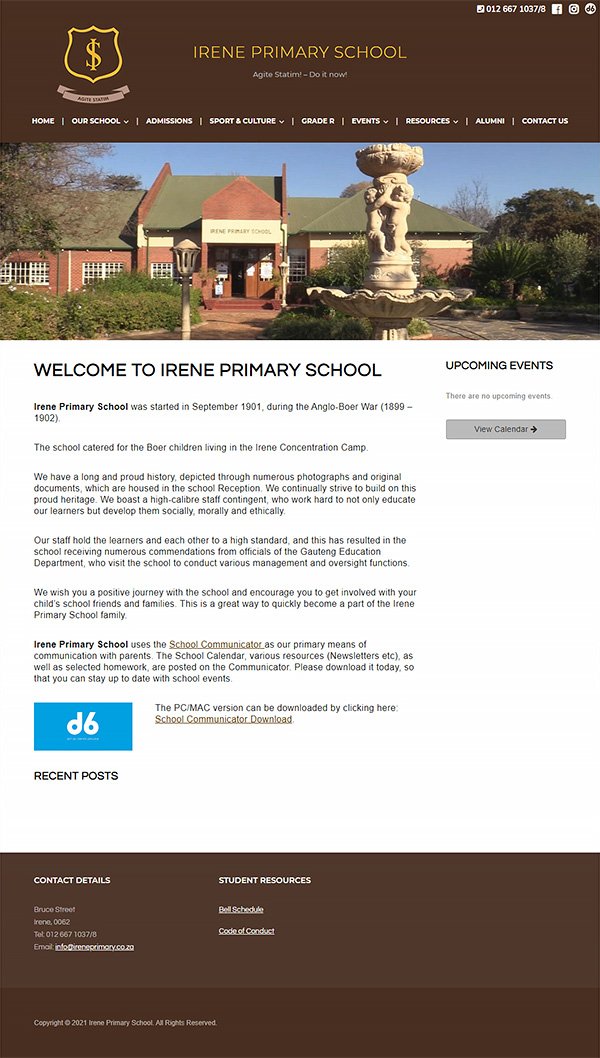 AGITE STATIM, which means DO IT NOW, has been an inspiration to many of Irene’s past learners. The school badge was designed by Mrs Schormann. Mr Pretorius introduced the motto which was inspired by two poems given to him by Mrs Monica van der Byl. The motto was incorporated into the badge in 1970.

Please take a look at our Frequently Asked Questions page or Contact Us.

We create easy to use WordPress themes and website templates that are compliant with modern accessibility and usability requirements (WCAG 2.0 - ISO/IEC 40500). It is only one of the many reasons why our themes are chosen by schools, kindergartens, colleges, museums, city halls and other educational, governmental and nongovernmental organizations.

This website uses cookies to improve your experience while you navigate through the website. Out of these, the cookies that are categorized as necessary are stored on your browser as they are essential for the working of basic functionalities of the website. We also use third-party cookies that help us analyze and understand how you use this website. These cookies will be stored in your browser only with your consent. You also have the option to opt-out of these cookies. But opting out of some of these cookies may affect your browsing experience.
Necessary Always Enabled
Necessary cookies are absolutely essential for the website to function properly. This category only includes cookies that ensures basic functionalities and security features of the website. These cookies do not store any personal information.
Non-necessary
Any cookies that may not be particularly necessary for the website to function and is used specifically to collect user personal data via analytics, ads, other embedded contents are termed as non-necessary cookies. It is mandatory to procure user consent prior to running these cookies on your website.
SAVE & ACCEPT